On the evening of Jul. 11, amid fierce gun battles, a combatant of Haiti’s “Revolutionary Forces of the G9 Family and Allies, Mess With One, You Mess With All” (commonly referred to as the G9) called a Haïti Liberté source: “Right now, I’m lying in Ti Gabriel’s bed,” he told the source.

Ti Gabriel, whose real name is Jean Pierre Gabriel, is the leader of G-Pèp (G-People), a copy-cat pseudo-federation of criminal armed groups that was formed to counter the G9, an alliance of armed neighborhood organizations, led by former police officer Jimmy “Barbecue” Cherizier, committed to stamping out crime in their blighted communities as well as to revolution against Haiti’s bourgeois oligarchs.

G-Pèp is funded and politically aligned with Réginald Boulos, one of Haiti’s most influential business magnates, a presidential candidate, a supporter of the two coups d’état against President Jean-Bertrand Aristide, and a close collaborator of the U.S. State Department.

Since Fri., Jul. 8, heavy battles have raged in Port-au-Prince’s largest shantytown, Cité Soleil, between the two armed groups. The epic showdown between G-Pèp and the G9 is the culmination of three years of skirmishes and fighting, with G-Pèp and its allies frequently attacking G9 neighborhoods in Cité Soleil, lower Delmas, and Carrefour.

The G9 claims G-Pèp started hostilities by attacking Cité Soleil’s “Boston” neighborhood, protected by one of the nine original G9 founders, Mathias Saintil. As the G9’s counter-attack over the weekend made headway against G-Pèp, reinforcements began streaming into Cité Soleil from G-Pèp confederates like the Croix des Bouquets-based 400 Mawozo, the notorious criminal group which kidnapped 17 North American missionaries last year, and the “Five Seconds” gang of “Izo” in Village de Dieu, where two Haitian SWAT units were wiped out in March 2021.

“Gabriel may be on the run, but he still has a lot of soldiers,” the source explained.

As of Jul. 11, G9 sources estimate casualties on both sides to be over 50 men. (The Cité Soleil mayor told the Miami Herald that there were  52 killed and 110 wounded.) As of Jul. 10, another Cité Soleil G9 leader, Iscard Andrice, had lost 13 men, while Mathias’ casualties numbered about eight or nine, Haïti Liberté was told. 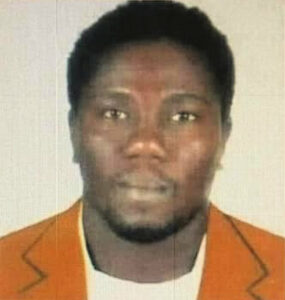 During the last week of April and the first week of May, a similarly huge battle took place on Haiti’s Cul-de-Sac plain between the 400 Mawozo and Chen Mechan (Mean Dog), an armed group allied with the G9.

Investigators say 148 people died in the fighting and 132 homes were burned. G9 fighters from neighborhoods across Port-au-Prince came to assist Chen Mechan in the 12 days of battle.

Likewise, today, Chen Mechan is fighting against G-Pèp and 400 Mawozo in the area of Canaan, a sprawling shantytown that sprang up on a desolate flood plain north of the capital after the Jan. 12, 2010 earthquake.

In addition to battlefield deaths, Village de Dieu, located near Carrefour in the capital’s southern flank, saw two contingents of its “soldiers” wiped out as they traveled to reinforce G-Pèp. On Jul. 9, Haitian police ambushed and killed 16 of Izo’s men in nearby Martissant, posting pictures of their outstretched dead bodies. The next day, a boatload of Village de Dieu fighters tried to reach Cité Soleil by water, but they were intercepted by the Haitian Coast Guard. An unspecified number of Izo’s “soldiers” were shot dead or drowned.

The ongoing battle has implications for all of Haiti. Cité Soleil’s G9-controlled Wharf Jérémie neighborhood is home to the Varreux fuel terminal and power plant, which supplies much of the electricity to the capital’s grid. Fuel deliveries are blocked by the fighting, with two giant oil tankers hovering in the Port-au-Prince Bay. This augurs power outages and gas shortages in the near future.

The G9 came together in June 2020 under the leadership of former special forces policeman Cherizier to combat the kidnapping, robbery, rape, and extortion plaguing Port-au-Prince’s poor neighborhoods. When formalized in July 2020, the G9 leaders made a truce to stop inter-neighborhood fighting with gangs which did not subscribe to their anti-crime agenda. Portrayed as G9 “allies” but not part of its “family,” Izo’s Five Seconds gang and Renel “Ti Lapli” Destina’s Grand Ravine gang, both infamous for kidnappings, co-existed in an uneasy cease-fire with the G9 for about one year.

But in June 2021, Haiti’s opposition politicians, eager to light a fire under embattled President Jovenel Moïse, paid a large sum to Ti Lapli’s Grand Ravine gang to launch an offensive against the adjacent Ti Bois neighborhood of a G9 founder, Christ Roy “Krisla” Chery. At the same time, the gangs of Belair, Ruelle Maillart, and Rue Tiremasse attacked Cherizier’s neighborhoods of Delmas 2, 4, and 6. Fighting between neighborhoods resumed with a vengeance but took a brief hiatus after the Jul. 7, 2021 assassination of President Jovenel Moïse.

In the fall of 2021, the G9 carried out an almost successful campaign to drive from power de facto Prime Minister Ariel Henry, whom the Washington-led “Core Group” of ambassadors had anointed to lead Haiti after Jovenel’s murder and until new elections can be held. The G9’s anti-government challenge culminated with the shutdown of the Varreux oil depot, creating a crippling fuel shortage. Henry was on the verge of resigning, sources within his government revealed, but the hardship caused by the G9’s tactics was also hurting its image and mass appeal. On the occasion of the Vertières anniversary, Nov. 18, the date of Haiti’s decisive battle against France in 1803, Cherizier declared the lifting of the blockade on Varreux and a month-long truce that would last through the Christmas holidays.

However, the G9 remained mostly quiet and non-confrontational for about six months, despite repelling occasional attacks from its warring neighbors. Haitians across Haiti and its diaspora who had been closely following the G9’s dramatic demonstrations, armed actions, and declarations began to question whether the shantytown movement had become divided, been paid off, or just fizzled out.

But during a G9-organized ceremony to symbolically distribute care packages to 200 women on Haitian Mother’s Day, May 29, Cherizier gave a speech which finally addressed such questions and effectively announced the federation’s return to the headlines.

“We decided not to leave this day only in the hands a bunch of hypocrites who humiliate, beat, kidnap, rape, destroy their small businesses, and even kill mothers every day,” Cherizier said from the podium. “Our silence reflects our deepening consciousness. Our silence does not mean we’ve retreated… [or] abandoned [the struggle]. On the contrary, our silence has allowed us to grow more, understand more, see farther, discover more who is the true enemy… Our contacts are increasing. More cooperation is being put in place. More comprehension is developing with leadership for the society to better see and understand the [G9’s] battle. Nobody is using the G9. The G9 is its own boss. It knows when to advance, when to pause…. We urge mothers to ask their daughters and sons to keep resisting, to help us fight the acts of insecurity against the lives of their families,… to rally their sons and daughters to the G9’s cause, which is the struggle to improve people’s material conditions and existence of the people, their families, their mothers. This battle cannot be waged by little, sporadic handouts of food or money, by Macoute women who waste money for clean-ups [a reference to former Haitian First Lady Sophia Martelly’s relief program Ede Pèp (Help the People)] in connivance with a bunch of political crooks. Long live the resistance of all mothers.”

Most Haitians are opposed to a renewed UN military occupation, which ruled Haiti for 21 of the last 28 years

On Jun. 26, Haitian police arrested Alexandre Ezechiel, alias “Ze,” the leader of Carrefour’s Baz Pilat neighborhood and a G9 founder, charging him with kidnapping. He was arrested in the Carrefour-Feuilles neighborhood in the company of former Haitian policeman Junior “Zakè” Claude, who was fired from the force in 2019.

“I spent 14 years in the police, chasing bandits, thieves, kidnappers, and rapists, and I am no different from Alexandre Ezechiel,” Cherizier said in a Jun. 29 press conference, dressed in battle-fatigues and armed for the first time since his 2021 pressers. “There is noone who has helped the Haitian state and the police as much in the fight against gangs…. Ze was never a thief, kidnapper, or rapist. No kidnapper better ever pretend that they like Ze. Even where he is, he’ll never be friends with kidnappers.”

The class interests behind the current fighting in Cité Soleil are somewhat murky and contradictory, but outlines are discernable. In June, businessman Innocent Vitelhomme, a close collaborator of lawyer André Michel’s Democratic and Popular Sector (SDP) as well as the 400 Mawozo gang, made a series of dramatic public statements. He claimed that the SDP was behind the formation of the shadowy paramilitary renegade police organization known as Fantom 509, which police say carried out a massacre in Delmas 32 in June 2021 as well as many other crimes. Although it was the foremost opposition group to Jovenel Moïse, the SDP is now the centerpiece of Ariel Henry’s ruling “Musseau Agreement” coalition along with Reginald Boulos’ Movement for a Third Way (MTV) party. Thus the SDP appears to have links to both Fantom 509 and 400 Mawozo, while Reginald Boulos has publicly admitted on Haitian radio that he is a supporter of Ti Gabriel. It therefore appears that a faction within the ruling government coalition is in league with the new G-Pèp/400 Mawozo alliance and may be trying to stamp out the G9 federation, which Washington sees as a threat.

Already U.S. officials like former U.S. Ambassadors Kenneth Merten and Daniel Foote have singled out Cherizier and the G9 as “criminals,” while throwing no such spotlight on the 400 Mawozo, which has in fact kidnapped U.S. citizens, among many other foreigners. (The U.S. did extradite and indict in Washington, DC a 400 Mawozo leader, Germine “Yonyon” Joly, in May, but without the same media fanfare which surrounds Cherizier).

Furthermore, the U.S. Treasury Department imposed Magnitsky Sanctions on Cherizier in December 2020, which it has done to no other “gang leader.”

Many Haitians believe that the focus of Washington and the Haitian government on the G9 stems from the federation’s call for revolutionary change in Haiti.

On Jul. 13, the UN Security Council will decide how to continue the UN Office in Haiti (BINUH). The UNSC “is weighing proposals ranging from deploying a new peacekeeping mission to adding U.N. police officers capable of training and accompanying Haitian police in operations,” the Miami Herald reports.

Most Haitians are opposed to a renewed UN military occupation, which ruled Haiti for 21 of the last 28 years (since 2019, Haiti has been supervised under the UN Charter’s Chapter 6, which gives BINUH just a mediating and advisory role.) Given the tensions between UN Security Council veto holders (the U.S., England, and France vs. Russia and China), a new UN troop deployment seems unlikely, although Dominican President Luis Abinader has called for that.

The Haitian masses, however, are almost universally calling for “system change,” “rupture,” or “revolution,” and the G9 captured the attention of many Haitians as possibly being, if it is sincere, a genuine agent of change. This may be one of the motive factors behind the current G9 vs. G-Pèp battle royale.

Cherizier and the G9 appear to be aware of the population’s expectations of them but are looking for more engagement and adherence from all quarters before beginning again on any government challenges or adventures.

“To you who ask ‘where is the revolution?’” Cherizier said in his Jun. 29 press conference, “we ask: ‘What have you done to make it happen?’ Long live the G9!”

How Toussaint L’Ouverture’s Sacrifice Rekindled My Haitian Pride and Hope, After a Life of Shame and Anger