The political coalition headed by de facto Prime Minister Ariel Henry has united around the Musseau or Aug. 30 Agreement, named for the place and date it was signed.

This coalition’s outreach efforts are being carried out by a three-member “Mediation Committee” made up of Bishop Ogé Beauvoir of Religions for Peace, Professor Jean-Robert Charles of the Conference of Rectors and Presidents of Haitian Universities (CORPUHA), and businessman Laurent St. Cyr of the Chamber of Commerce and Industry of Haiti (CCIH).

Although these three distinct institutions have never confirmed or denied that they gave a mandate to the trio for this undertaking (which could tarnish the institutions’ reputations), the “three thieves”, as a member of Aug. 30 Agreement calls them, have the perilous mission of winning over or compromising with other political coalitions seeking to lead the transition out of the anarchy which has reigned since President Jovenel Moïse’s Jul. 7, 2021 assassination. 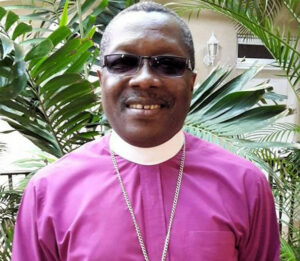 Although the Mediation Committee has no real success in its mission, the trio leading it are not the types to give up easily. Against all odds, they cling to the mission with which they believe themselves to be invested. They intend to go all the way, in the hope of convincing all the Transition’s actors to sit down around a table. The mission, for the time being, seems impossible. Some minor personalities, who wish to exist in the political landscape, agreed to meet the three mediators, who are struggling to justify their legitimacy, resulting in some small agreements. But the “big agreements” remain elusive.

The Monitoring Office (BSA) of the Montana Accord coalition, the Musseau Accord’s principal rival, considers the Mediation Committee to be merely a “polling institution.” But the Committee continues its mediation work with any actors who agree to meet with it as if, through sheer persistence, it will end up surprising everyone. It’s the approach of wishful thinking, known in France as the “Coué Method.”

At a time when almost all observers thought that this Mediation Committee was going to officially announce its withdrawal from the scene, due to its lack of being able to win over any of the protagonists and especially the Montana Accord signatories, it instead surprised the country a month ago by issuing a communiqué on its supposed activities and plans. It was perhaps a way to make its critics doubt themselves and make them think that they are the only ones who refuse to recognize the Committee’s existence. But this offensive can also be interpreted as a sign that the “Three Musketeers” want to achieve their objective through patience. Meanwhile, the BSA members have not lost hope of resuming direct contact with Ariel Henry despite the lack of progress after two face-to-face meetings in May between Montana’s leader Magali Comeau Denis and the Prime Minister.

Two weeks after being put back into action by Ariel Henry, who asked sociopolitical actors to sit with the “civil society” committee, the three mediators wanted to demonstrate to public opinion that they never stopped working nor waited to speed up the mediation process. On Tue. May 31, 2022, the Mediation Committee released a communiqué in which the three mediators reported in detail on almost all of the activities they have carried out since their installation. According to the Communiqué, “a dozen socio-political organizations requested and obtained a meeting with the said Committee. In its approach, the Committee wished to learn from the point of view of the citizens of the diaspora and of the geographical departments other than the West. Thus, thanks to the diligence of certain facilitators, the Committee was able to organize virtual sessions with entities from six geographic departments and two sessions with groups of diaspora organizations.”

Five themes were at the center of the discussions: insecurity, elections, the Constitution, the humanitarian crisis, and governance. The Committee also apologized for not being able to grant interviews to other groups who requested them late. The picture they want to paint is that the three mediators’ agenda was so overloaded that they had to apologize publicly for not being able to grant an audience to the streams of organizations and personalities who requested it. In other words, a clear success for the Mediation Committee in its mission! Some would even say that the Mediation Committee had a miraculous success given that it is not recognized by any of the main actors of the post-Jovenel Moïse Transition except, of course, Ariel Henry and the “Core Group,” as the gaggle of U.S.-allied ambassadors is called.

In any case, the Committee claimed in its communiqué that it had held talks with “(…) about 40 political parties of various tendencies; five political groupings; several signatories of the four Political Agreements (…).”

But the mediators did not specify what four “Political Agreements” the signatories were from and, since President Jovenel Moïse’s assassination, Haiti abounds with Agreements of all kinds. There are those which are pro-Ariel and in fact gravitate around the his government and those who support the process initiated by the Aug. 30 Montana Accord, which has a completely different reading on the composition of the executive power and the leadership of the Transition. The Mediation Committee did not risk citing the names of these Accords. The troika deplored the refusal of the official leaders of two of the four Accords to respond to the invitation of the “Mediation Committee,” but again, without naming the leaders or Accords. It’s easy to imagine that the Montana Accord was one of the recalcitrants.

The three mediators posed as not resentful at all, saying that “in case they change their minds before the end of the process, the Committee remains exceptionally willing to meet them.”

The Mediation Committee officials also intimated that they met with dissidents of the other Accords, which do not recognize the Mediation Committee legitimacy. The trio were not coy in saying that they had already met the President of the Haitian Senate, Joseph Lambert, and the nine remaining Haitian senators, without revealing what was the content of the discussions. It’s well-known that Lambert is still frustrated to see Ariel Henry leading the country, while Lambert continues to suffer the indifference, even the contempt, of the de facto Prime Minister.

Monseigneur Beauvoir was questioned by Marie-Lucie Bonhomme on Vision 2000’s morning radio program, “Guest of the day,” on Fri., Jun. 3, 2022. Only at the end of the interview did he reveal that the 10 remaining senators, including, Joseph Lambert, had sent the Mediation Committee a letter expressing their point of view on the country’s situation. The churchman also acknowledged that the main Accords (Montana and PEN) continue to ignore the Committee’s activities. But all these controversies do not seem to concern the “Mediation Committee,” which continues on its merry way without worrying about the next day or the use that will be made of the results of its work. Its members announced that they would soon issue a document to be used as a memorandum of understanding between the various actors competing to lead the Transition:

“In accordance with its methodology, the Committee communicated for validation to each interlocutor the minutes of the working session with him or her. Based on the proposals made by the various groups, the Committee has prepared a draft memorandum of understanding which should reflect the major trends emerging from the presentations.

“The committee planned to meet the Prime Minister after the other actors. He wants this meeting to take place as soon as possible. After this interview, the draft memorandum of understanding will be finalized and sent to the various interlocutors to find out if they wish to sign this first version without change or if they wish modifications. A period of negotiations will then begin that will allow us to reach an agreement that is as consensual as possible and signed by as many parties as possible. A presentation and signing session will follow this stage of negotiations.”

Perhaps this helps explain Ariel Henry’s recent meetings with leading figures, among them, former President Jean-Bertrand Aristide. Meanwhile, the “Mediation Committee,” which has added “two professional rapporteurs and obtained the support of five civil society observers” for its activities, seems confident in its approach, although it seems very unlikely it will find a consensus between all the protagonists likely to relaunch the negotiations. According to most observers, this document which the Mediation Committee is preparing will likely be only one more Agreement among the many others, but nothing that can federate all the existing Agreements.