Dedicated to Therese Patricia Okoumou, the woman who climbed the Statue of Liberty in New York on July 4th, 2018 to protest the treatment of migrants and immigrants by the Trump administration.

She has gotten her nerve, Therese,
from the millions who invaded the streets
on this past sunny Saturday of June.

Her wings have found solace
in the blowing wind of this Fourth of July
when she climbed up unabashed
the Statue of Liberty of all things
to scream out her horror
in the face of children put into cages
while their parents are thrown in jails.

She has gotten her nerve, Therese,
from the memory of all who died
in the name of justice
and for higher aim for this land.

She wants on this Independence Day
for Lady Liberty to be her witness
in exposing governmental atrocities.

She has gotten her nerve, Therese,
from those millions of consciences
on the last sunny Saturday of June
who called out the hypocrisy
of those who feign to embody
the most holy professed ideals.

She has gotten her nerve, Therese,
on this Fourth of July in the neo-Nero era
from those who take to the streets
across the whole of the USA to say:
This land is all of ours!
No hate! No fear!
Immigrants are welcome here! 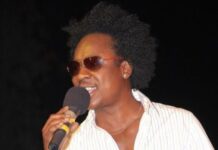 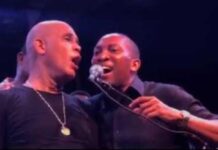