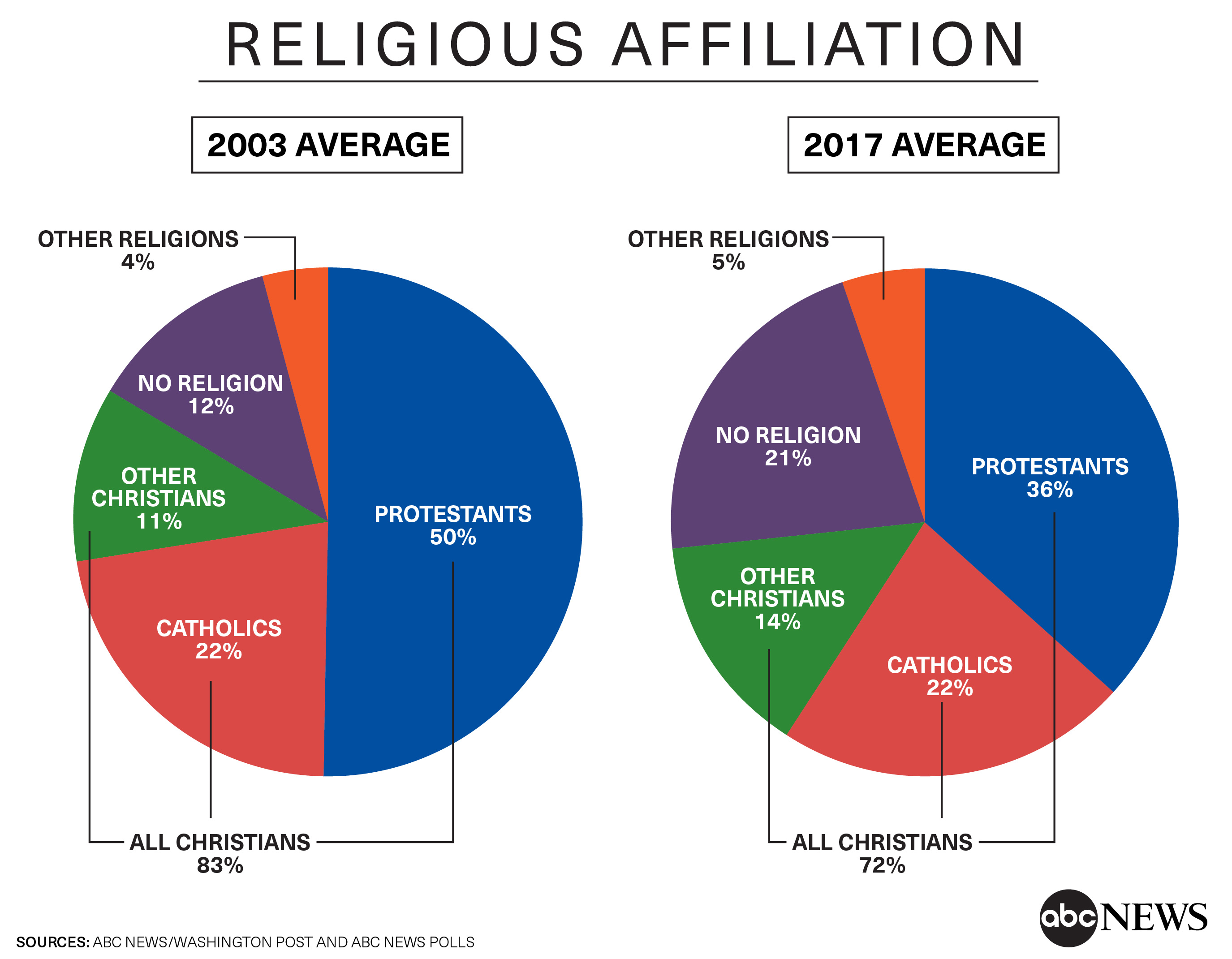 Religion in the United States involves a number of different religious denominations, with Protestants holding the largest religious affiliation, followed by Catholics and then Jews. Although the religious spectrum is diverse, these three major groups represent only a portion of those who adhere to a religion. The Pew Research Center’s most recent Religious Landscape Study indicates that more than 90% of the U.S. adult population adheres to a religion. In addition, estimates of the U.S. adult population as a whole indicate that approximately one-in-ten adults in the United States today is religiously unaffiliated – that is, they have no religion. Despite this, Pew Research has found that roughly half of U.S. adults belong to a religious group, down from around three-quarters in the 1970s and 80s. This decline has occurred for a number of reasons, including the growing number of religiously unaffiliated Americans.

Religion in America: A History, authored by two leading scholars in the field of American religion, will enable readers to follow the dynamic American religious landscape, assessing the evolution of religion in the country since European colonization.

Encompassing the histories of both the U.S. and many of its religious denominations, Religion in America: A History offers fresh insights into the evolution of American religion and the factors shaping the contemporary religious landscape. In this book, both Putnam and Campbell focus on the factors shaping American religious life, from the trans-Atlantic religious landscape of the early colonies and decades of religious upheaval to the appearance of a consensus on religious beliefs that undergirded American culture after the Second World War. In doing so, Religion in America: A History examines the beginnings of religious establishment in the American context, shifting patterns of religious affiliation and service attendance, the rise of the religiously unaffiliated, and the transformation of traditional religious institutions over the last 50 years.