France has registered a national and European record for new coronavirus infections as the Omicron variant fuels a surge in cases across the continent, with multiple countries hitting new highs.

France on Wednesday reported 208,000 cases in the previous 24 hours, up from its previous record of almost 180,000 set the day before.

“This means that 24 hours a day, day and night, every second in our country, two French people are diagnosed positive for the coronavirus,” said the health minister, Olivier Véran. “We have never experienced such a situation,” he said, calling the increase “dizzying”.

He said the situation in France’s hospitals was already worrying because of the Delta variant. Although the “massive wave” of Omicron cases had yet to have an impact on the healthcare system, he said it would inevitably do so eventually.

The UK, Italy, Spain, Portugal, Denmark and Greece have all reported new case records this week, while beyond Europe the rolling seven-day average of new cases in the US hit a high of 267,000 on Tuesday, with Omicron accounting for 59% of these.

New infections in Australia rose to nearly 18,300 on Wednesday, eclipsing the previous high of about 11,300 hit a day earlier. The prime minister, Scott Morrison, said the country needed “a gear change”.

The World Health Organization (WHO) said the simultaneous circulation of the Delta and Omicron variants was driving an alarming tidal wave of infections that could lead to increases in hospitalisation and deaths.

Its director general, Dr Tedros Adhanom Ghebreyesus, said he was “highly concerned that Omicron, spreading at the same time as Delta, is leading to a tsunami of cases”. The WHO has said Omicron poses a “very high” risk and could submerge health systems.

Studies in Britain, South Africa and Denmark suggest Omicron is less deadly than some of its predecessors, but the huge numbers of people testing positive mean hospitals in some countries might soon be overwhelmed and businesses could struggle to carry on operating because of workers having to quarantine.

The rapid transmission rate of the new variant is forcing governments to find a delicate balance between reimposing restrictions to protect hospitals and keeping economies and societies open.

Spain reduced its Covid self-isolation period to seven days from 10, even as the number of new infections hit record highs, after businesses expressed fears the Omicron surge would leave them with mounting staff shortages.

In Italy, regional leaders also urged the government to drop or reduce the isolation period for people who have received three shots of a Covid vaccine and are subsequently exposed to someone who has tested positive. Authorities reported another new record daily tally of 98,030 cases on Wednesday.

“We can’t block the country by quarantining the contacts of people who test positive. Covid has changed, the majority of the population is vaccinated, we must also revisit the measures to confront it,” said Giovanni Toti, the president of the Liguria region.

The government is also considering a proposal to tighten its “green pass” system – which requires public and private sector workers to prove vaccination, recovery or a negative test to enter the workplace – by excluding workers who can only show a negative test.

French MPs on Wednesday started debating a new law that would allow only vaccinated people to enter bars, restaurants, cinemas, museums, sports arenas and other public venues, with a negative Covid test no longer to be accepted.

Italy is one of several countries to have cancelled or restricted public celebrations since the resurgence of the virus.

Bars, nightclubs and restaurants will have to close at midnight, with no standing customers and no music, with the exception of New Year’s Eve when then can stay open until 2am. “These measures, if they are applied in our entirety, will allow us from mid-January to go back to our normal lives,” said the health minister, Thanos Plevris.

Some countries are still waiting for the Omicron wave to hit. Case numbers are still falling in Germany, but its health minister, Karl Lauterbach, said the true number could be much higher because fewer tests were being done over the holiday season.

He said the real incidence was “two or three times as high” as Wednesday’s reported rate of 205 Covid cases per 100,000 people over seven days, the lowest since November, adding that a sharp jump was expected “within a very short period of time”.

On Tuesday Germany closed nightclubs and ordered organisers of sports events to hold them behind closed doors. It also limited private gatherings to 10 vaccinated people, or just two households if an unvaccinated person is present.

The rules came on top of restrictions already hitting the unvaccinated, who are barred from shops, restaurants and cultural events. Lauterbach said the rules may have to be toughened further, as existing measures “will not be enough to prevent a significant rise in Omicron cases”.

In Belgium, however, where case numbers are also relatively low, the government reversed course on Wednesday, allowing theatres and cinemas to reopen after a court suspended their closure.

Meanwhile, other European countries are still grappling with the Delta variant. Poland reported 794 Covid-related deaths on Wednesday, the highest number in the fourth wave of the pandemic. The deputy health minister, Waldemar Kraska, said more than 75% of those who died were unvaccinated.

but you can still support us

An erosion of democratic norms. An escalating climate emergency. Corrosive racial inequality. A crackdown on the right to vote. Rampant pay inequality. America is in the fight of its life. If you can, please make a year-end gift today to fund our reporting in 2022. 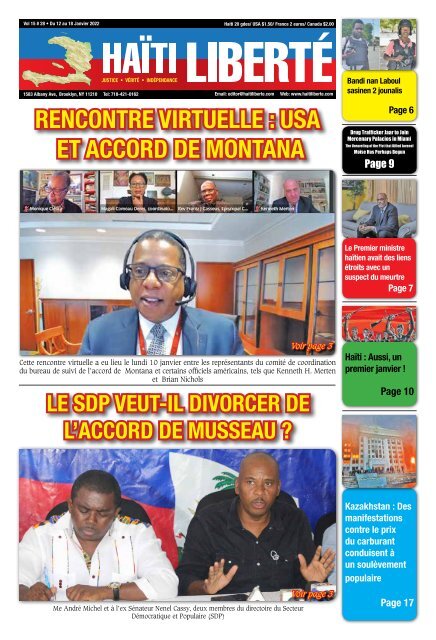