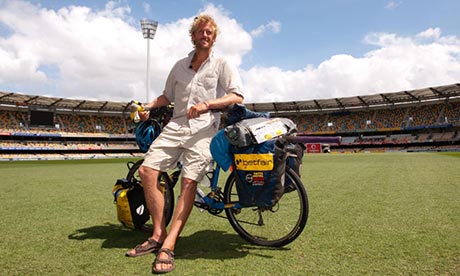 one of the first cricket music videos. the song is from 1974 and was a recording of the natwest trophy, the yearly competition between the counties. its since become one of the most popular songs in cricket history. the music video was made by rosemary lane. i’d imagine she was at the same level as a popstar in the 1960s and 1970s. her husband was an actor called ken hughes who played for the sydney swans.

this is one of those songs that you hear at a sporting event, you have no idea what the words are but you like the music. i find it quite hard to listen to but i bet i could get up and dance to it at a wedding reception. its a bit of a cross between a tribute to a cricketing hero and a song for dancing.

the south africans are an embarrassment. what is most appalling is that theyre not embarrassed about it. if the australians were as unwilling to play this game for the cameras as their european counterparts, who simply want to show that theyre as likeable as their neighbours, their championship might not be so big. the cricketers on the winning side at least deserved a bit of applause for their efforts, even if the off-field action theyve taken since hasnt been particularly inspiring. well, at least theyd met the media and not tried to steal a player after hednt scored a single run. still, to be fair to those who were on the other end of that, it was no wonder they were all so slumped as they walked off the field after a 70-run defeat.

by the time a twenty20 match has finished, you often get the feeling the pitch surface isnt even there. at least in the first-class game, the ball tends to leave the pitch once the pitch has dried. in the twenty20 game, it seems to leave the pitch at the same time the batsman leaves his crease. these days, if youre not moving around, youre not getting out. youve heard the phrase “twenty20 cricket”. well, these days, “cricket” is the same.